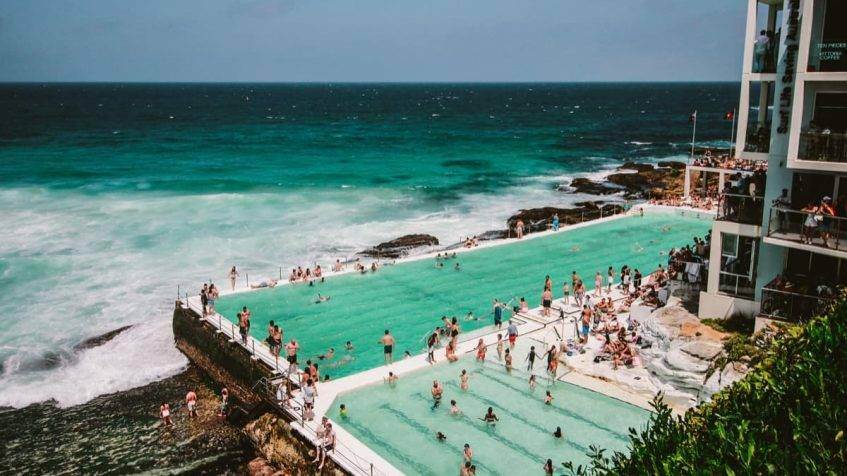 Whether you’re a novice diver interested in learning the ropes or a veteran diver seeking new experiences, Sydney is a fantastic destination for diving adventures. Australia’s largest city offers rich marine biodiversity combined with established dive sites, resident experts, and respected diving schools. Here are just a few of the many wonderful sites popular with scuba divers in Sydney.

The Gordon’s Bay Underwater Trail is a great adventure for complete beginners who want to explore the marvels of the deep without getting disoriented. This 2,000-feet underwater trail can be navigated by following a chain attached to concrete-filled drums placed along the seafloor. Along the way, information about the surrounding marine wildlife and geography is provided on steel plaques.

The deepest section is a mere 46 feet below the waves. The terrain consists of rocks on a sandy bed, and you’re guaranteed to come across morwong and eastern footballer fish. You should be able to complete the trail in less than an hour. On calm, sunny days, snorkelers sometimes follow the trail, too.

This is another shallow offshore dive suitable for beginners only 160 feet off Manly Beach. It is an excellent dive for anyone interested in the fauna and flora of the seabed. Manly Bommie is a rock plateau with plenty of east-west crevices and surrounding areas of sand. The deep gutters and crevices are teaming with schooling kingfish, crimson-banded wrasse, Maori wrasse, and morwong. The seabed is between 33 feet and 52 feet deep.

More experienced divers might find the Valiant wreck an interesting challenge. The Valiant is a tug launched in 1945 which sank less than a mile east of the northernmost point of Barrenjoey Headland in 1981. The 73-feet-long vessel now lies on a sandy bed 88 feet below the waves.

Because of the depth, you’ll probably want to spend a maximum of 25 minutes exploring the interior and take a reliable dive computer. The bridge, crew quarters, cabins, and engine room are accessible but be cautious. You’ll definitely want to wear a protective wetsuit to protect you against jagged metal edges.

The most popular diving location in Sydney is Shelly Beach. The beach is part of the Cabbage Tree Bay Aquatic Reserve in Manly, which is the only marine protected area in the city. The reserve is home to over 200 fish species as well as other marine creatures, such as eagle rays, dolphins, and turtles. Even on a bad day, you should come face-to-face with at least 25 different species on your dive.

There are 2 diving sites at Shelly Beach: the North Side and the South Side. To the north, the seafloor is covered with boulders and sand patches. To the south, the seafloor is kelpy and rocky. You encounter most of the local aquatic wildlife at around 20 feet below the waves. The deepest section of the seabed is 36 feet down. Common stingarees and fiddler rays are found in the sandy areas while snake-skin wrasse and Maori wrasse are seen everywhere. You’ll fall in love with the eastern blue grouper that will latch onto you and follow you around like lost puppies.

The Fairy Bower is another dive site inside Cabbage Tree Bay Aquatic Reserve. Like Shelly Beach, its position inside the reserve means that there is an abundance of aquatic wildlife not found in other areas of Sydney. You enter the water at the Fairy Bower Sea Pool, and the diving site extends to the northwest.

A kelpy patch near the pool contains seahorses. Heading northwest from the pool, the seafloor transforms from sand to kelpy patches on shell grit. Yellowtail scad and red morwong are found in great numbers between 20 feet and 23 feet underwater. Look among the rocks for red rock cod.

On the northern side of the channel entering Botany Bay is a small islet connected to the mainland by a footbridge called Bare Island. It is an important heritage site containing a Victorian fort and tunnels and part of Botany Bay National Park. It’s also a great place for scuba diving adventures.

You can dive either on the left or the right side of the footbridge. The left side is preferable for its abundant marine wildlife and visibility but becomes difficult to dive in a southerly swell. Most of the aquatic species are found among the soft corals and boulders at a depth of around 23 feet, but you can go as deep as 39 feet. Watch out for anglerfish, pygmy pipefish, red Indian fish, and seahorses.

The islet is renowned for the amazing endemic Bare Island anglerfish which is so well camouflaged that it was only cataloged recently despite living in a habitat beside a global city where scuba diving is a popular hobby. It resembles an algae-covered sponge and looks nothing like a fish. Bare Island is also known for its spectacular sea stars.

There are many dive sites around Sydney Harbour National Park including Camp Cove. Look out for a cliff face with a motorboat speed limit sign that says #4, i.e., boats are limited to 4 knots. Locals call the cliff Wall #4, and the dive site is right underneath it. Just watch out for the pesky speedboats passing overhead!

Dive between 20 feet and 23 feet below the cliff to find butterflyfish, Moorish idol, and porcupinefish. Head 130 feet out to sea to find a squat reef that is about 165 feet long parallel with the beach and lined up with the #4 on the cliff. Hidden below this reef are cuttlefish, grubfish, pygmy leatherjackets, silver bream, and snakeskin wrasse.

After your dive, consider walking along the South Head Heritage Trail to the Hornby Lighthouse. It’s less than a mile away and provides one of the most spectacular views in Sydney.