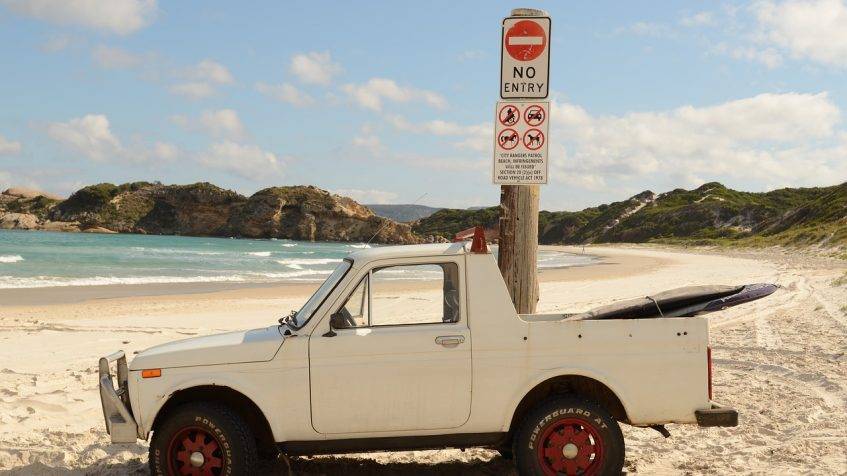 Albany, an old whaling town in the very south of Western Australia. It offers divers sunken ships and hidden dragons. A secret diving tip that is worth a visit despite the long journey.

Want to dive around Albany?

Everything about diving around Albany 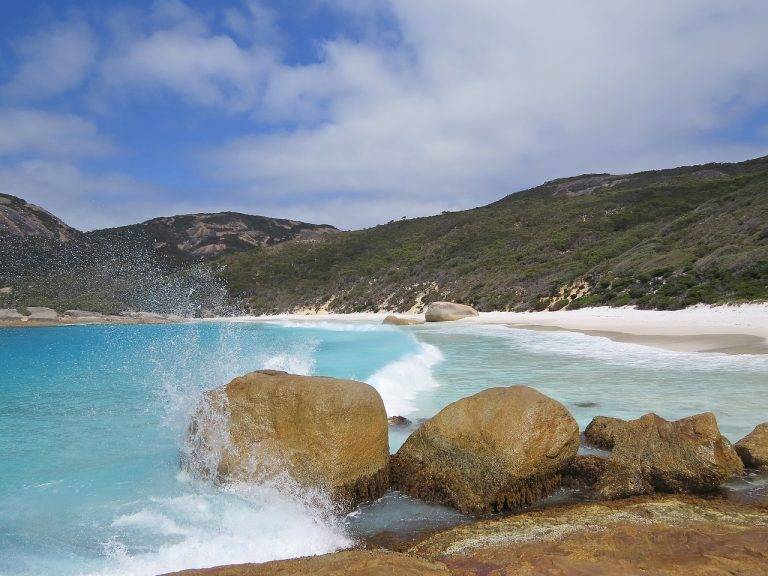 The region around Albany offers white sandy beaches. For warm wimps, however, the southernmost region of Western Australia can only be recommended to a limited extent. A grandiose landscape awaits everyone else. The scenery of the Stirling Mountains and the Porongorup National Park offer unique views. Fresh fish and seafood characterise the cuisine. As well as the wines of the region around Mount Baker.

If you are travelling to the “Great Southern” of Australia, you should bring enough time for shore excursions with you. 🙂

That necessity can become a virtue is shown in the whaling museum near Albany. Located on Frenchmen Bay, the museum offers an insight into the history of whaling. This once was the main trade of the region. Today the visitors bring more money than killing the fascinating marine mammals. In the appropriate season the meanwhile protected animals can be observed from Albany in the King George Sound. And of course you can also visit them on whale watching tours.

Diving at the Wrack of the Cheynes IV 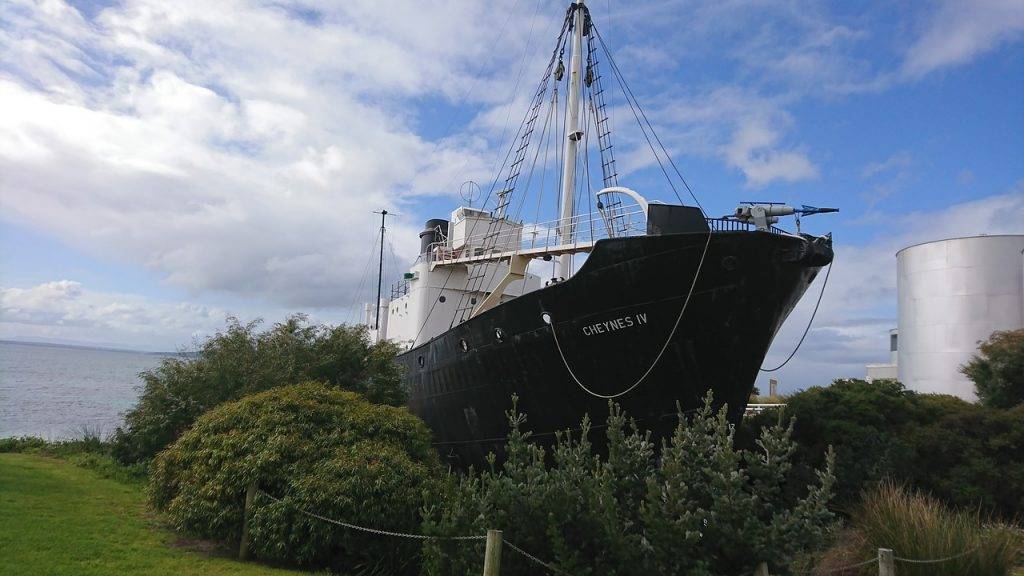 The dive boat passes also this morning the museum “Whaleworld”. Right next to it is the “Cheynes IV”. One of the former whaling boats from Albany. On the diving program is her sister ship, the Cheynes III. She was sunk on 23 June 1982 as an artificial wreck off the coast. The Cheynes is one of the oldest artificial reefs in the southern hemisphere. And you can see it too. The 47 meter long ship is now broken in half. It stands upright at a depth of 23 metres. Storms have added to the old whaler as well as corrosion. Nature has completely overgrown the wreck. On the sandy surface it has thus become home to numerous fish. The most famous of them is a wobbegong. The small shark usually lies at the entrance to the engine room.

It is much easier to dive, and the engine room of the “HMAS Perth” is also much larger. The 133 metre long ship was sunk in October 2001. It lies at a depth of 36 metres. The mast of the ship protrudes just above the water. It can already be seen from a distance. Further north near Busselton lies the wreck of the HMAS Swan. She and HMAS Perth are among the major diving attractions in the region. In summer, the wreck of the HMAS Perth is literally stormed by divers. Thanks to the good coordination of the diving schools on site, divers still have an individual wreck feeling.

The King George Sound has more to offer than two wrecks of warships. Numerous other ships also suffered from the harsh conditions. The nutrient-rich, cool water provides a unique flora and fauna under water. Overgrown steep walls, huge stones with openings and canyons provide a varied landscape under water.

Diving with seals at Albany

The seal rocks at one of the offshore islands can only be approached in good weather. But they offer a unique underwater ballet. The numerous dive sites with seals can only be visited under certain conditions. If you are unlucky, you will not get to your desired dive site because of the three meter high waves. However, the alternative is sometimes better than the planned spot.

Diving with the Leafy Sea Dragons in Western Australia 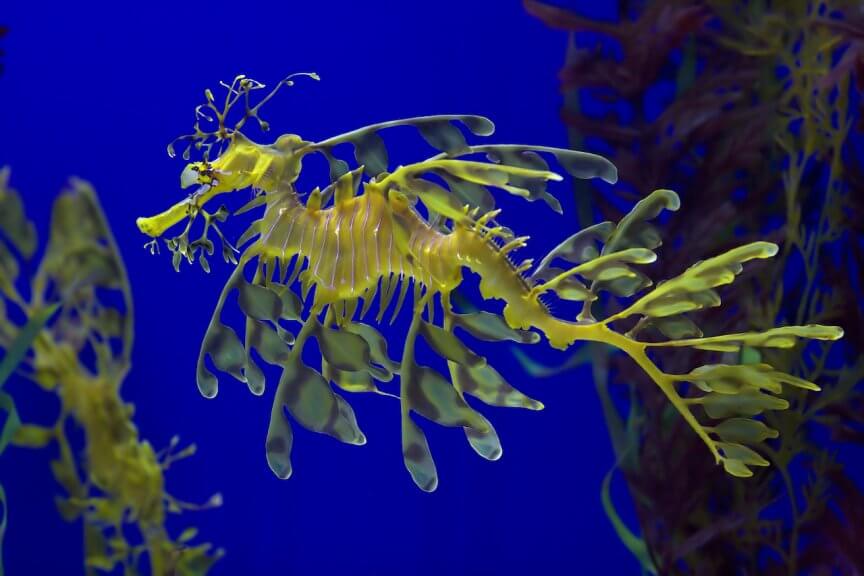 For example, when it comes to the search for the legendary “sea dragons”. An attraction of a very special kind. But it’s difficult to discover. In 15 meters a gigantic Kelp forest awaits you. In between, life is romping around. All sea animals that would be easy prey on the open area outside the Kelp live hidden in the magic forest off Albany. Leafy Sea Dragons are the true masters of camouflage. Only those who pay attention to minor color irregularities will discover the small sea dragons. You will be rewarded with one of the most bizarre fish ever. Different in shape and color, each of the shredded fishes is unique. Later you can claim that you have seen one of the rarest fish ever.

Diving around Albany at a glance 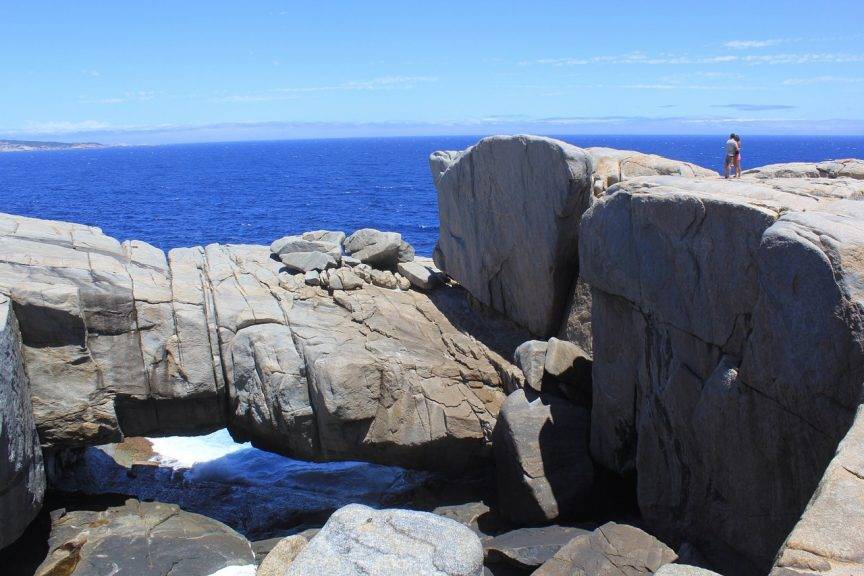 Albany is the capital of the Great Southern region of Western Australia. In the very southwest of the continent, you can enjoy the view over King George Sound from the city. The former whaler town is now dependent on tourism. However, the cool conditions in the Australian winter (European summer) only allow operation in the warm months. Reservations are recommended, especially on weekends.

Arrival: Singapore Airlines flies daily via Singapore to Perth. The flight time from Singapore to Perth is eight hours. Albany is located 400 kilometres south of Perth. For most divers it is the starting point to the dive sites of the south.
Albany can be reached from Perth in about five hours by rental car. If you are in a hurry, you can fly with the Sky West from Perth to Albany in about one hour. If you have a
If you are planning an immediate onward flight, you will need about two hours to switch from the International Terminal to the Domestic Terminal.

Entry requirements: A passport valid for six months is required for entry. A tourist visa must be applied for at the embassy/consulate before departure. Certain vaccinations are not required.

Diving: Western Australia has a coastline of 12,500 kilometres. The Albany region also includes the Esperance sites and the Cape, 250 kilometres north. The rough conditions, limited visibility and greater depths at the wrecks are not recommended for beginners. Most diving schools have excellent equipment.

Accommodation and further information about Albany

Accommodation: From luxury hotels and inexpensive motels to backpacker hostels and campsites, Albany has it all. In the cooler months of the year you should prefer a permanent accommodation. Most cheap accommodation can be found just outside the city centre. A car is therefore advisable.

Climate: The region from Perth to Albany has a Mediterranean climate. In the summer between December and February the temperatures rise up to 30 degrees Celsius. The winter months between June and August are cool. Those who travel the entire west coast should plan the climate change between north and south.

Cuisine: From gourmet cuisine to fast food, you’ll find everything here. Due to its proximity to the sea, fish and seafood are among the specialities. Due to the wine regions nearby, wine is often cheaper than beer. Self-catering is also possible. You will find a kitchen and grill in almost every accommodation.

Traffic: In Australia there is left-hand traffic. You should drive carefully at dusk and at night. Kangaroos often cross the streets.

Other activities: There is hardly a sport that cannot be practiced here. All kinds of water sports, trekking and a trip to the Outback are possible.

Want to dive around Albany in Western Australia?