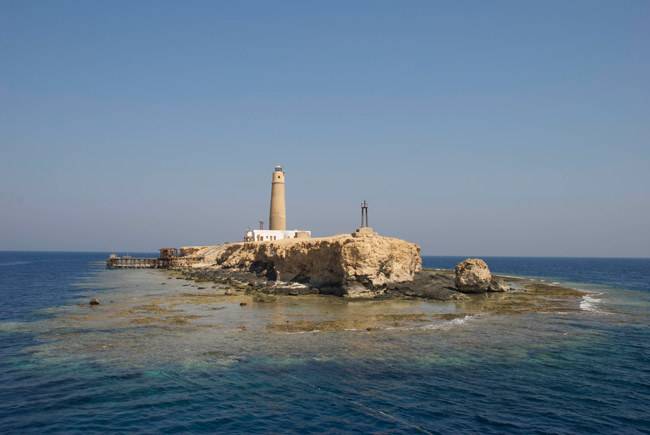 If you ask divers which underwater destination they would like to explore in the Red Sea, the answer is clear: the Brother Islands. We’ll show you why divers are so fond of the two rocky brothers.

The Origin of the Brother Islands

The Brother Islands are located 60km east of El Qusier. They rise up to eleven meters above the sea. The basis of both islands is volcanic rock. In the course of time, fossil corals were deposited on it and thus formed a massive cap of limestone. Both islands are surrounded by a narrow reef. It is between ten and 30 metres wide. Afterwards it falls steeply into the depth. Only at 200 meters a paragraph is reached, which leads further in over 1.000 meters depth.

The islands were already considered a dangerous obstacle in the 19th century due to their central location. Already since 1883 a lighthouse sends its 18 miles far reaching light towards the horizon.

The stones used to build the lighthouse were broken from a quarry on Big Brother Island. It was created especially for this purpose and is still visible today. Local convicts worked here. They also built the lighthouse. The only way on Big Brother is the so-called slave path. It leads from the quarry to the construction site of the lighthouse and dates back to those days.

The first divers at the Brother Islands in Egypt

The first divers brought some variety at the beginning of the 80s. Their boats were small nutshells compared to today’s luxurious safari boats. Legal at that time was none of the tours. Because the islands in the Red Sea were considered as a military restricted area. In the course of time, more and more boats set course for the Brother Islands.

During the season, up to ten safari boats a day anchor off the Brother Islands. Proof enough for the uniqueness of the underwater world.

Diving at Brother Islands in Egypt 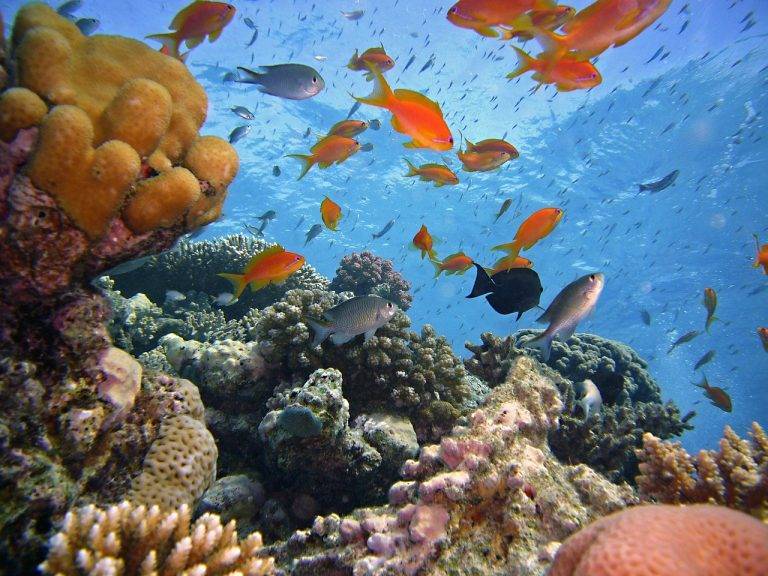 The Brother Islands are only visited on tours that last several days. They are only suitable as destinations in summer and autumn. When the sea is relatively calm. But even then there are high waves and strong currents. They can bring even experienced divers quickly to their limits. The dive sites in front of the Brother Islands are therefore not suitable for beginners. Even professionals should not underestimate the depths. This is especially true for wreck diving on the Numidia and Aida.

Big Brother Island is surrounded by a narrow reef. It falls vertically into the depth, before a paragraph is reached in 40 to 60 meters. The best dive sites are at the northern tip, with a plateau reaching far into the sea and the western side of the island.

On the north plateau there are mostly big waves. The stock of soft corals is indescribable. At the slope where the Numidia lies you often meet big fish. With little current you will be impressed by the huge variety of species and great visibility. Also enjoy mackerel, tunas, sharks, barracudas and sometimes even manta rays.

From the north plateau you can dive further south on the west side. There you will find the wreck of Aida. This is only 50 meters from the Numidia. Here black corals, gorgonians and soft corals dominate.

On the west side of Little Brother Island steep walls and caves dominate the picture. Soft corals, black corals and gorgonians cover the drop offs. Fox, silk and hammerhead sharks gather in the morning and evening twilight. Turtles, tunas and mackerels can be found here during the day.

The south side of Little Brother Island is marked by a slope. It ends in 40 meters on a plateau. This slope shows an incredibly dense garden of gorgonians. Some larger than three meters in diameter. These giants are a sign of strong currents.