The Coral Sea is a rarity in the Australian diving portfolio because it is so remote. But that’s not the only reason.

Cape Tribulation on the other side is the only place in the world where two officially recognized natural wonders meet. “Rainforest meets Reef”.

Diving in the Coral Sea – Australia

The Coral Sea is a rarity in the Australian diving portfolio because it is so remote. But that’s not the only reason. 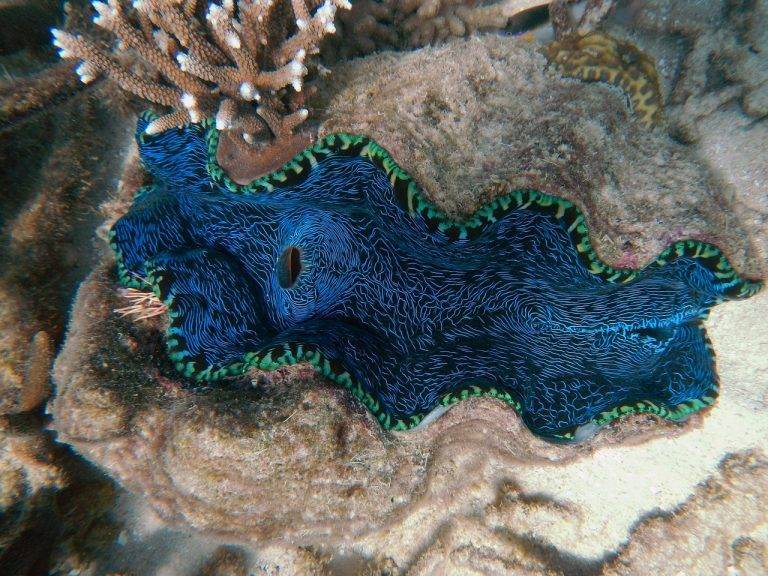 On the map it all looks quite simple and manageable. A little trial dive at the Great Barrier Reef. Then on a short spin to this reef pile further up. In reality the scattered points are the gateway to one of the most fascinating dive sites on earth.

The legendary Coral Sea is located east of the Great Barrier Reef and stretches up to Papua New Guinea. Over to Fiji and New Caledonia. A huge, hardly developed area. Great reefs and a gigantic marine fauna and flora. 18 hours and more than 350 kilometres away from Cairns.

You can expect over 1000 meters of steep walls and corals in house format. At Osparay Reef we find gigantic horn and soft corals. In front and behind sharks. Immediately after the dive some whitetip reef sharks come closer. Followed by curious grey reef sharks. At 17 meters two thick Potato Cod bass can be cleaned. Then we glide on 20 meters amidst dense shoals of fish. There a turtle, here a manta ray. Further down the wall and around the reef. And there are even four hammerhead sharks swimming in the distance. Majestically they pull up and down in front of the coral wall.

We continue at Osprey Reef with new dive sites like Round the Bend. With a beautiful swarm of tuna fish and whitetip reef sharks. Doctorfish, sweetlips, snappers and two meter big mackerels. At a depth of 30 meters a Blue Marlin glides along.

Even when diving at Bougainville Reef, the walls drop down to over 1000 meters. You hardly know where to look first. After the sharks, the manta ray that sails over you or admire the gigantic black corals at the reef?

The best dive sites in the Coral Sea 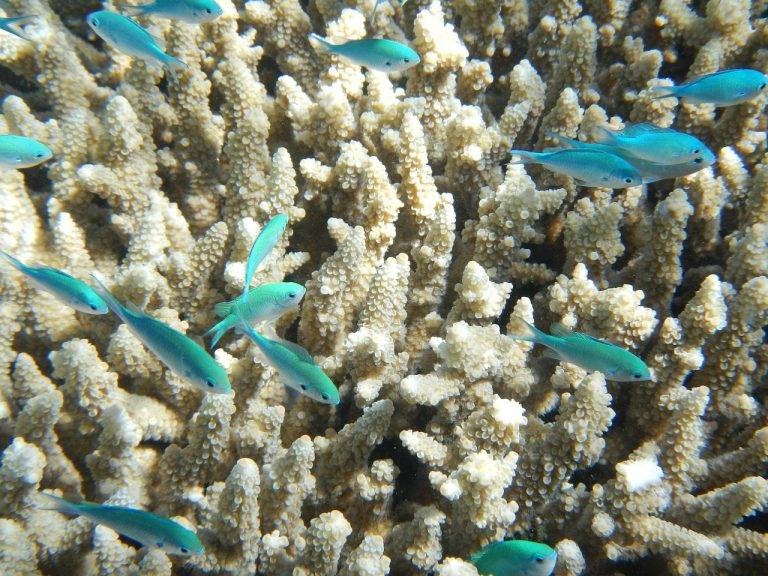 Diving at Bougainville Reef: Coral walls from one to over 1000 meters depth. Richly occupied with two meter high soft corals, horn corals and black corals. Grey reef sharks, whitetip reef sharks, surgeon fish. Good for drift diving. Visibility is 40 meters. One of the top spots on the reef is “Dungeons and Dragons” with a labyrinth of caves, tunnels and canyons.

Diving at Holmes Reef: The double reef is “only” 240 kilometres from Cairns. On 450 square meters steep walls, overhangs, caves, canyons, corals and jacks. And reef sharks. The spot “The Abyss” is a pure wall dive site. 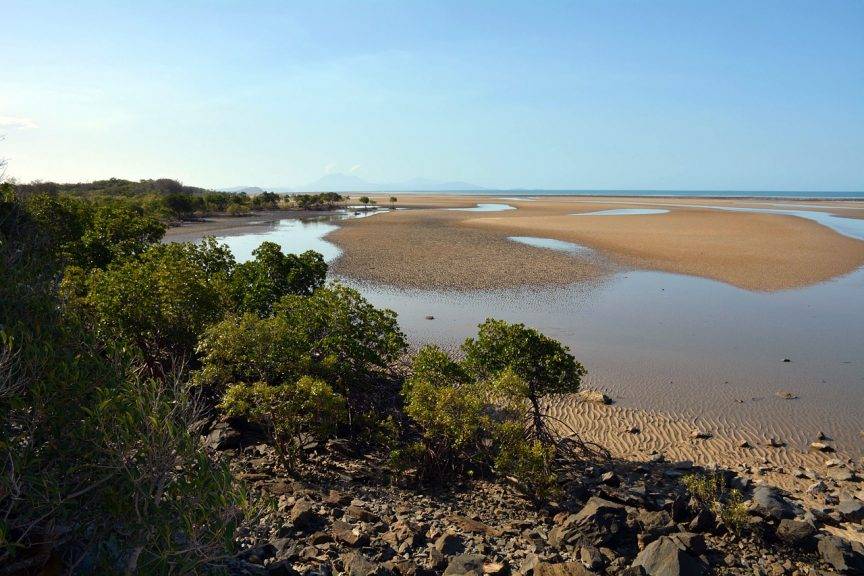 Cape Tribulation is the only place in the world where two officially recognised natural wonders meet. “Rainforest meets Reef.

Not a footprint disturbs the beige of the wide beach. No blemish, up to the dense mangrove trees. Crocodile area. Just don’t come too close. The map of Cape Tribulation shows the safe and accessible beach sections. As well as the river mouths with possible crocodiles. Either way, Australia means adventure. And up here in the Tropical Far North Queensland, the adventure consists of two things. The oldest rainforest and the largest reef system on the blue planet. The Daintree Rainforest is with 135 million years one of the rain forests with the largest species occurrence. And similarly populated is the Great Barrier Reef, which stretches as far as the coast. Cape Tribulation is the only place in the world where two World Heritage zones meet.

So get out of the green of the forest. Get into the blue of the water. The Great Barrier Reef still offers several untouched reefs. As well as partly still completely unexplored seabeds. Experts estimate the occurrence of several thousand molluscs and crustaceans at the approximately 2500 single reefs. 400 coral and 1500 fish species. 350 echinoderms species and 16 different sea snakes. The dive sites up here, off the coast of Tropical Far North Queensland, have so far been spared from tourism.

Diving on the Mackay Wall

After about 45 minutes the ship anchors at a buoy. The diving depth is less than ten metres. The structures of the reef can already be seen from the ship. Single corals lie scattered in the sand. Narrow canyons in between. A stingray shovels its way out of the sand and sails away. Batfish swim past. On both sides fire corals and leather corals grow in the height. Edge corals arch and sprout cabbage corals.

Mackay Wall is so close that we climb into a Zodiac with our equipment. After a short drive we leave it directly above the steep face. The current makes for a comfortable dive. The coral wall reaches over 30 meters depth. It is full of colorful soft corals. Red and orange gorgonians and yellow feather stars. Groupers in the middle, and everywhere species, which overtax every identification book. Just like the rainforest waiting behind a narrow strip of beach. 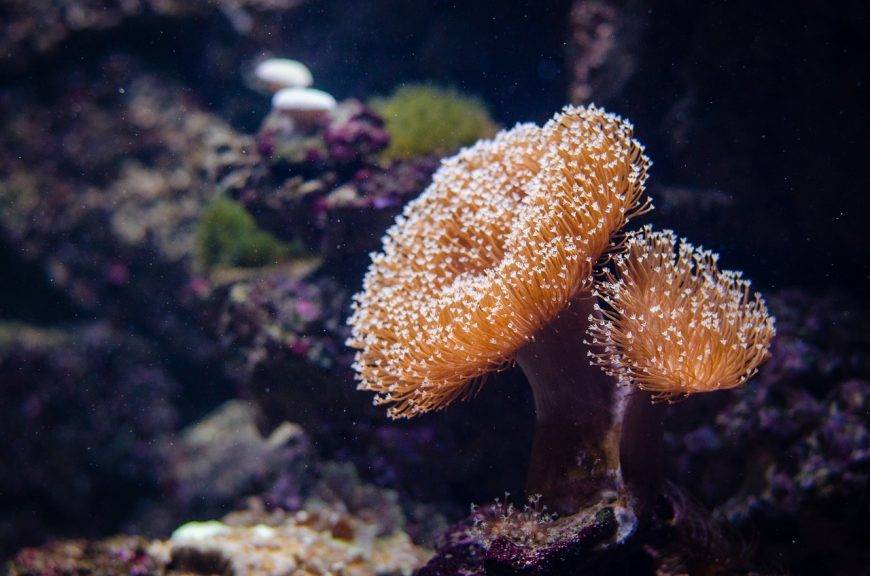 Diving at Mackay Reef: Dive site directly in front of the rainforest of Cape Tribulation. Not much diving yet. A ten meter deep coral garden with exposed blocks and narrow canyons. Bat, emperor, trumpet and anemone fish. Many giant clams. Good for beginners.

Diving at the Mackay Wall: The steep wall reaches almost to the surface and over 30 meters down. Some current. Numerous gorgonians, soft corals and feather stars in many colours. And a lot of fish. The diving boat cannot anchor here, the divers are picked up.

Diving at the site “Undine”: The first of two sand cays marks the beginning of a reef heading east towards St. Crispin. In strong currents the visibility is only about 20 meters. Instead stingrays often pass by. A well preserved coral reef between ten and 20 meters deep.