Diving in Cyprus – Everything you have to know 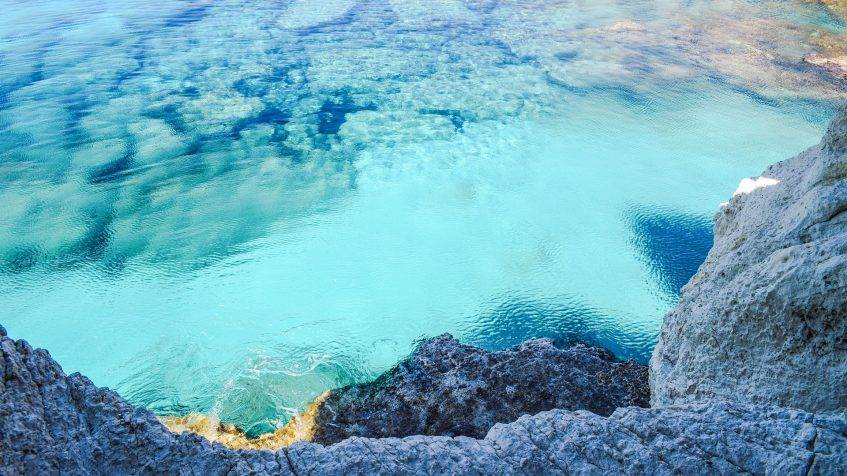 With shipwrecks the Mediterranean island Cyprus could not really shine with divers in former times. But then came the 7th of June 1980, the day when the huge ferry Zenobia sank. Slowly, with several days advance notice. Fortunately without any damage to a human being. The ferry built in Sweden left Malmö in May 1980 for Syria. But at the same time the Zenobia’s journey was to be her last.

Want to dive in Cyprus?

Wreck diving at the Zenobia

Problems with the water tanks on board the Zenobia were already noticeable before Piraeus. The excess water was pumped out. The bug seemed to be fixed. But before Cyprus, the problem occurred again. Again the Zenobia tilted to port. This time all the water pumping did not help. As a precaution, tugs pulled the huge ferry out of the port of Larnaka on 4 June. Two kilometers before the city the Zenobia was allowed to anchor. There the ship’s technicians tracked down the problem. The computer system for the water tank pumps was faulty. It kept pumping water into the tanks. No measure helped. The crew was at a loss. The Zenobia lost. On 7 June 1980 the ferry sank down to the seabed. Since then it has been resting peacefully on the port side.

Explore cars while diving at the Zenobia Wreck 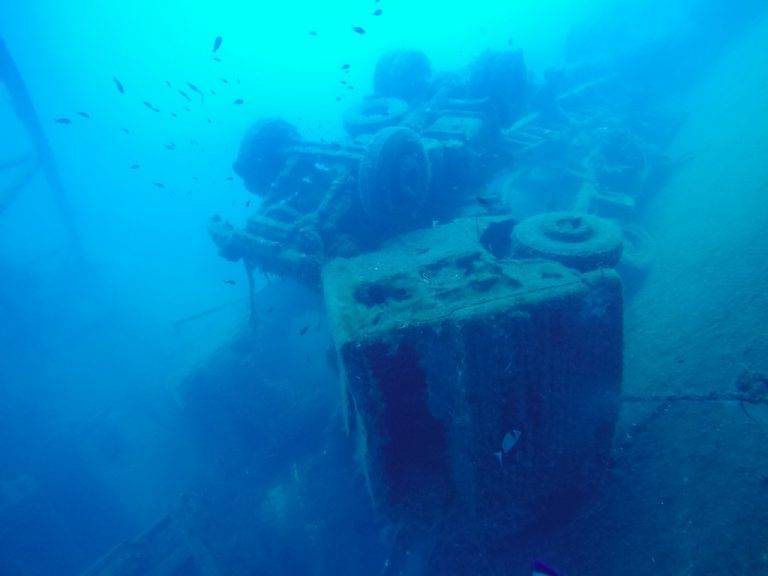 The Zenobia took an entire fleet of vehicles with them into the depths. 104 large trucks. In spite of the high-quality load, no attempt was ever made to salvage it. So you can see a lot of cars during the dive. Most of them inside the ship. However, its exploration presupposes corresponding experience.

You can dive more easily the trucks lying in the surroundings of the wreck. With a ship size of 170 meters, they look like toys. Where can you find this sunken giant and its fleet? Ten minutes by boat from the port of Larnaka. At a maximum depth of 42 metres. The highest point at a depth of 16 metres. If you want to explore everything, you should plan several descents.

Some more wrecks are waiting off the coast of Cyprus. The cricket wreck. A military ship sank in 1947 at a depth of 32 metres. As well as the Vera K. and the Achilleas. Both in 1972 and 1975 sunken cargo ships. The latter lie at a comfortable depth of eleven metres. But they are broken into several parts.

Then there is a helicopter wreck at a depth of 15 metres. The aircraft was sunk by the British army in 1995 as an attraction for divers. The animal world took up the artificial reef gratef. Slowly, however, the helicopter wreck seems to sink into the sandy bottom.

Diving in the Amphora Cave

At Paphos you will find the “Amphora Cave”. It is about three meters deep. Its whole ceiling is covered with amphora fragments. Antique vessels. The phenomenon has been studied by archaeologists. They suspect that the pieces were lying on the ground after a ship accident and slowly became a solid mass. The whole thing is said to have happened in the second century BC. So you see: in Cyprus, history and the present are close together. If you have something left for it, you can admire some testimonies of the past on the third largest Mediterranean island.

Diving in Cyprus – Possible all year round 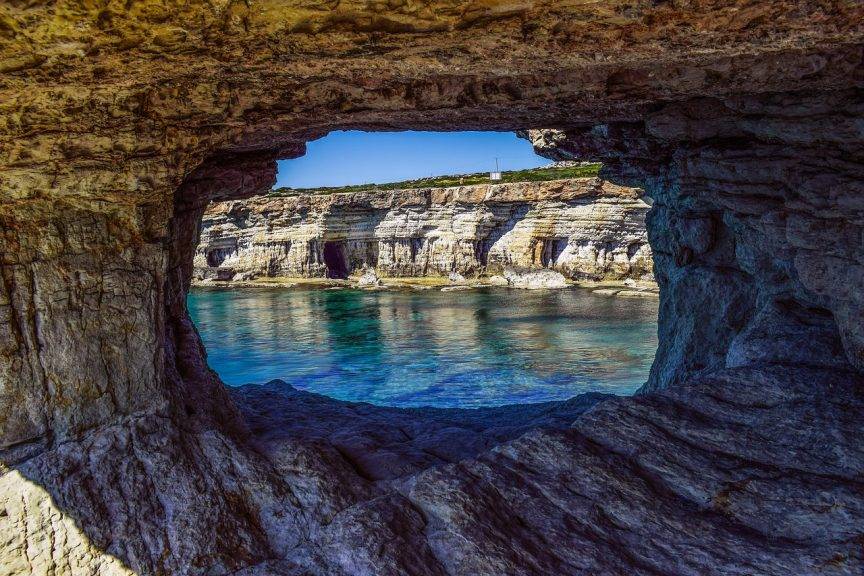 Thanks to its location on the eastern edge of the Mediterranean Sea, Cyprus is a year-round destination from a climatic point of view. This is also true for diving. Therefore the diving schools in the south of the island are open all year round. Water temperatures do not drop below 16 degrees in January. They reach 20 degrees already in May and do not drop below them again until the end of November.  Further plus points: The water is mostly clear. The boat trips to the dive sites are short. You can also dive some sites from land. The fauna in the south_east is strikingly different than in western parts of the Mediterranean. For example you will find trigger fish, parrot fish and shear knife fish. In addition there are immigrants from the Red Sea. For example soldier and rabbit fish. If you’re looking for drop-offs, you won’t find them in Southern Cyprus. The “fish soup” is not too lavish either.

If you want to learn how to dive, Cyprus is the place for you. The dive sites are easy to dive. Rarely you will exceed 30 meters depth. Generally, very few divers go for non-limit diving. But rather with child and cone. No problem with the offer of the island.

Fans of history can visit a park with excavations in Paphos. There is also a fortress ruin and an amphitheatre. Pub fans will be thrilled by the English and Irish pubs. Dance fans can party in the discos. And sports fans will find a wide range of surfing, golfing and cycling. Those who arrive between January and March could even combine diving and skiing.

Diving in Cyprus at a glance 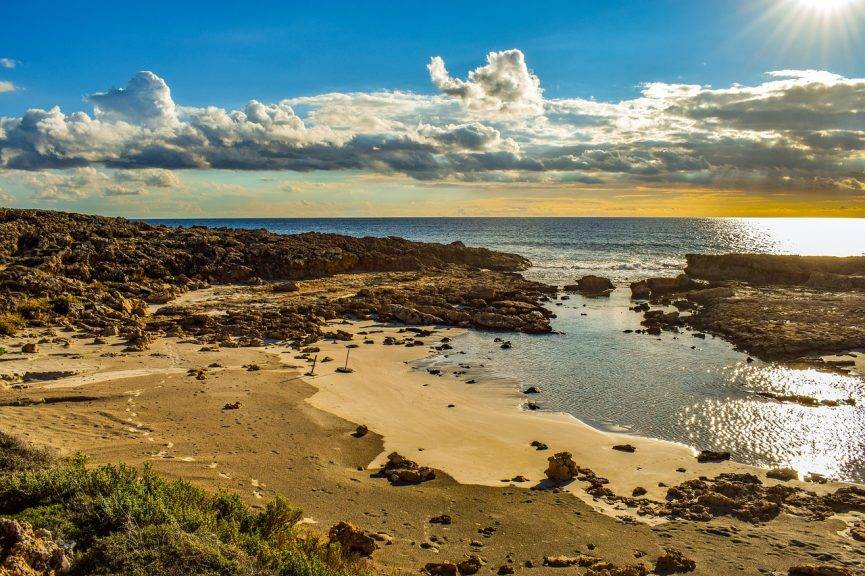 In 1960 Great Britain released the former colony Cyprus into independence. With the occupation of northern Cyprus by Turkish troops in 1974, Greek Cypriots fled to the south. Turkish to the north. The easternmost Mediterranean island was now divided into two. To the Republic of Cyprus, i.e. the southern part. And the Turkish Republic of Northern Cyprus. On 1 May 2004, only the Greek part became a member of the EU. Cyprus remains divided into two parts until further notice.

Diving: You can dive in Cyprus all year round. The visibility is generally very good. The underwater world offers a mixture of rock, sea grass and sandy areas. Three smaller ship relics and the huge wreck of the Zenobia.

Arrival: Flight to Paphos or Larnaca. For the entry you need a valid passport.

Travel time: Cyprus has very dry summers. The winters are mild. January and February are rainy. Since even then the precipitation concentrates on short, heavy showers, whole rainy days are rare. For many the island is therefore also a winter holiday destination.

The best dive sites in Cyprus

Wreck of the Zenobia: The wreck of the ferry Zenobia lies just ten minutes by boat from the port of Larnaka. A proud 172 meters long and 23 meters wide. You have to look at the screw! Also the superstructures and the cargo. The Zenobia wreck reaches up to 16 meters, the maximum depth is 42 meters.

The Valley: 15 minutes by boat from Paphos harbour. Interesting mixture of rocky bottom and sea grass. A wide canyon lures with crevices in which cardinal fish and bear crabs rest.

The Caves: Shore dive near Protaras. Depth between zero and 14 meters. Varied terrain of rocky and sandy soils. A small cave with two entrances and two ceiling openings. It is between ten and 13 metres deep.

Cape Awkward: Spot at Protaras. Access from the shore. Dive depths of over 40 metres. A plateau extends from three to 14 metres. A drop-off from two to nine meters. And a steep wall from the surface to a depth of twelve meters. Barrel snails and moray eels are omnipresent there.

Want to dive in Cyprus?

Previous Post
Diving at Lake Attersee – Everything you need to know Next Post
Diving in Malta, Gozo and Comino