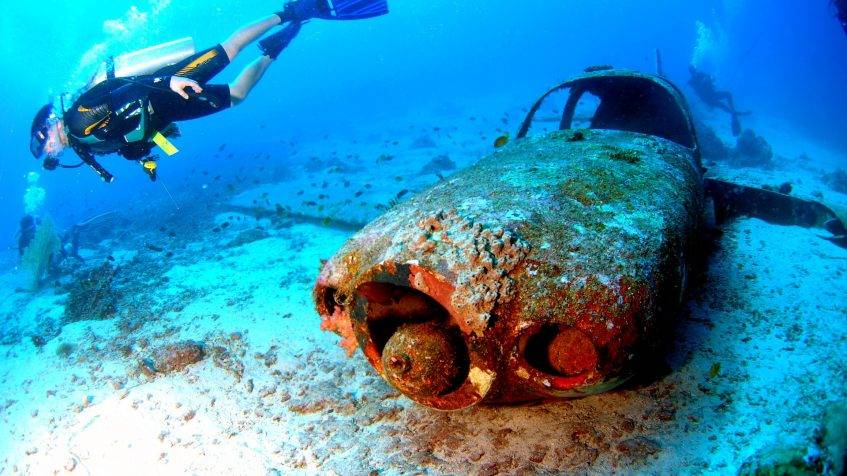 Caves, grottos, rocks. This is the famous face of the underwater world of Malta. But the depths in front of the islands in the Mediterranean Sea offer even more facets.

Want to dive in Malta?

A bed. At the bottom of the Mediterranean Sea. A bed? You’re used to a lot of things, but you rarely come across an old hospital bed. Well, go on diving – it gets even better! There, a bathtub! And if you want to send a message: there’s also a typewriter down here. For greetings from the underwater world.

We can calm you down. You neither dreamt nor had a deep intoxication. It’s not because of the mediocre visibility at Marsamxett Harbour in Valletta that you saw that. Historic bulky rubbish! Once thrown out of the window from the military hospital on Manoel Island. Straight down to the seabed. It’s all been there for over six decades now and makes divers’ eyes shine.

Diving at the wreck of the Carolita

But there’s more! The wreck “Carolita” is just as easily accessible from land. The story of its demise coincides with that of many ships and planes that sank around Malta. – At that time in the battles of the Second World War. A torpedo hit “Carolita” in the stern on the evening of 21 April 1942. Since then it has been resting at a depth of between six and 25 metres. And is looking forward to visitors.

Diving at the wreck of the “Carolita”/X-131 Lighter

Location: In front of the capital Valletta. On the east side of Marsamxett harbour on Manoel Island. Below the old military hospital.
Dive Site Type: Wreck on rock bottom
Access: by boat and from shore. Access is from the road to the Royal Malta Yacht Club on Manoel Island Current: insignificant
Depth minimum: 6 meters
Depth maximum: 25 meters
Requirements level: beginners and advanced
Special features: The “Carolita” lies on a rocky reef and holds rich maritime life. All around there is historical bulky waste.

Diving at the HMS Maori 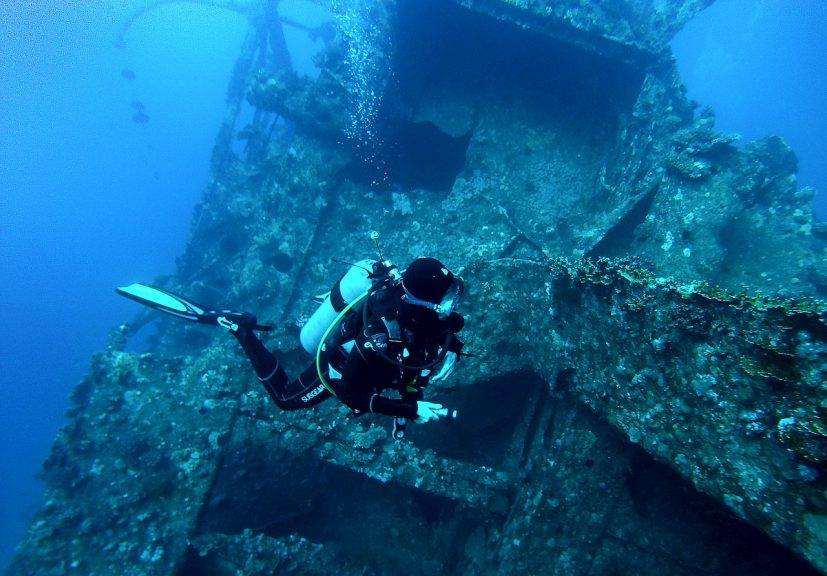 A few weeks before, the “HMS Maori” in the Marsamxett Harbour had gone to the collar. On the evening of February 12, 1942, the cruiser sank after an air raid. Today the wreck with sharp grenades lies in the circumference of the fuselage in 17 meters depth. Not far from Fort St. Elmo/Valletta. You can dive the “Maori” through the stern or the holes on the right side.

Diving at the wreck of HMS Maori

Location: In Marsamxett Harbour, the harbour before Valletta.
Dive Site Type: Wreck on sandy bottom
Access: by dive boat and from shore. The entrance is from the café below Fort St. Elmo.
Current: insignificant
Depth minimum: 13 meters
Depth maximum: 17 meters
Requirement profile: Beginner and advanced
Special features: Upright on sandy ground. The superstructures are next to it. The interior can be reached through numerous openings. Sediment can cloud the view.

Winston Churchill used this term again and again during the Second World War for the island of Malta. Due to the favourable location of the islands in the Mediterranean Sea, the British had stationed large parts of their navy and air force there. To be armed against the enemy attacks of Germany and Italy from North Africa and Sicily. Unrelenting air and sea battles raged. Hundreds of ships and planes sank into the sea. The Maltese people held out bravely despite the danger. At the end of the Second World War, the Maltese people were awarded the English “George Cross” for their courage.

Diving at the Wreck of the “Blenheim Bomber” Airplane

A little courage, experience and a good dive guide are part of it if you want to explore the “Blenheim Bomber”. It is located in the north of Malta at 42 meters depth. The British fighter plane with 17 meters wingspan sank off the coast at Yorb Il-Ghagin.

The day of the launch and the fate of the crew are not known. All the more mystical is the descent. The descent is quick on the anchor line. The cockpit, ejection seat and engine should also be visited quickly if you don’t want to get into the decoration.

Diving at the Bristol Blenheim Bomber

Location: East of Xorb Il-Ghagim. In the southeast of Malta.
Dive Site Type: Airplane Wreck
Access: only possible by diving boat. Few dive centers know the exact location plan.
Current: weak to moderate.
Depth minimum: 42 meters
Depth maximum: 42 meters
Requirement level: Advanced
Special features: Great historical importance. The propeller of one of the two engines as well as the seat and the joystick are still preserved. In the cockpit you will find dragonheads and crabs. Sponges and algae have spread on the propeller.

The oil tanker “Um el Faroud” was sunk before Wied izZurrieq in 1998 as an attraction also for beginners. It is regarded as the most beautiful wreck. With a length of 110 metres, 14 metres wide and 23 metres high, the freighter rests at a depth of 35 metres. Since the bridge already starts in the 15-metre range, beginners can also enjoy their first wreck diving experience here. If you are more experienced, you should take a look inside this giant. There you will find the machine and the galley.

Location: Before Wied iz-Zurrieq. The boat launching place to the Blue Grotto in the south of Malta.
Dive Site Type: Rock reef with wreck on sandy surface.
Access: From land. The entrance is at the end of the road. First you swim across the bay through the entrance. The wreck is about five minutes away parallel to the coast.
Current: occasionally strong
Depth mimimum: 12 meters
Depth maximum: 35 meters
Requirements level: beginners and advanced
Special features: Powerful, completely intact wreck with all superstructures. Also the interior is easy to dive. 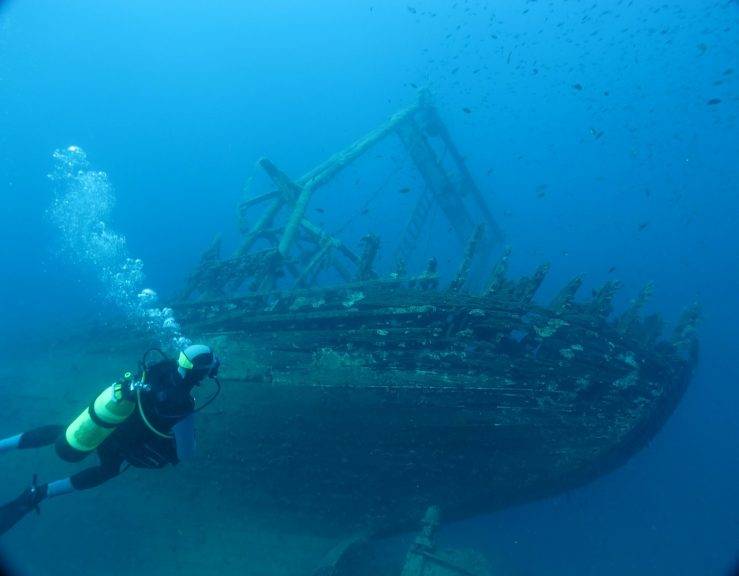 With the sinking of the 45 meter long car ferry “Imperial Eagle” off Qawra on July 15, 1999, another artificial reef found its place off Malta. Despite long preparations this did not work out so perfectly. The wreck is standing upright, but a little deep at 42 meters. An eye-catcher in the wreck is the large steering wheel. And you should also have a look at the toilets.

Diving at the wreck of the M/V Imperial Eagle

Diving at the submarine HMS Stubborn

For technical divers we recommend the HMS “Stubborn”. A British submarine. In 1946 it was brought to the Mediterranean Sea. On April 30, 1946 it was sunk off Qawra Point in St Paul’s Bay. Since then the submarine rests there at a depth of 60 meters.

“Sinking ships” can be quite exciting underwater. At least off Malta. The Mediterranean island that made history in the Second World War. And at least for all those who already dive or want to learn it. Or do you want to make do with sunken ships on the game board?

Diving at the wreck of the submarine HMS Stubborn

Location: three miles before Qawra/St. Paul’s
Dive Site Type: Submarine Wreck
Access: only by boat, GPS coordinates are only known to a few bases
Current: partly strong
Depth minimum: 52 meters
Depth maximum: 56 meters
Requirements level: Depth professionals and TecTaucher
Special features: The HMS Stubborn was a British submarine. In 1946 it was brought to the Mediterranean Sea and in April 1946 it was deliberately sunk off Malta. The Stubborn is still in very good condition.

Diving at the wreck of “Popeye’s Barge” 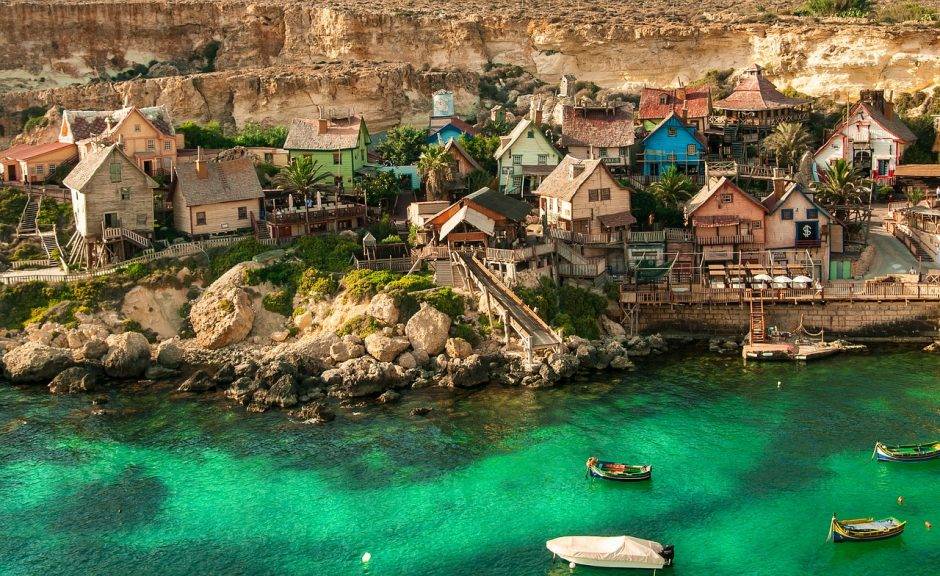 Location: in front of Anchor Bay near Cirkewwa
Dive Site Type: Wreck on sandy bottom
Access: Best by boat. The wreck can only be reached from the shore after a long swim.
Current: none to moderate
Depth minimum: 14 meters
Depth maximum: 19 meters
Requirements level: beginners and advanced
Special features: Popeye’s Barge was sunk in 1980 after the end of shooting the famous Popeye movie. Near the film town Popeye Village The Wreck is in remarkably good condition.

Diving at the wreck of the tugboat Rozi

Location: Cirkewwa in northwest Malta. North of Marfa Point. 150 metres from the Gozo Ferry boat dock.
Dive Site Type: Wreck on sandy bottom
Access: by boat and from shore. Access is from the opposite side of the headland current: access from land is only possible when there is little surf.
Depth minimum: 15 meters
Depth maximum: 36 meters
Requirement level: Advanced
Special features: Doors and windows have been removed. The anchor is beautifully located a few meters from the wreck for photos. 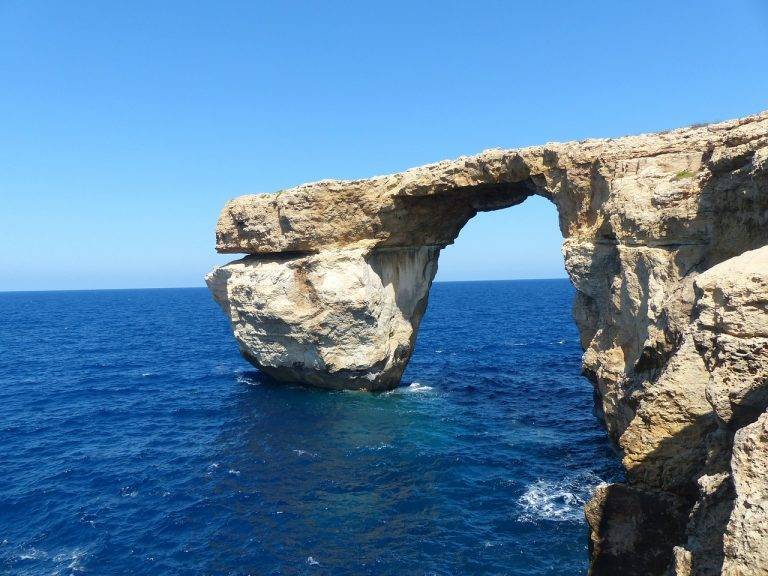 Diving at L’Ahrax Point (Malta): boat dive spot. A tunnel leads to an inland lake. Great perspective for photographers. The large surrounding blocks and canyons also offer unique motifs. The inland lake is often warmer than the open sea. Consequently, a luxuriant growth of star corals can be observed here.

Diving at Qawra Reef (Malta): Also only accessible by boat. There are three impressive caves at a depth of 30 to 35 metres. They are colourfully overgrown and house bear crabs, lobsters and other crawling masters. From an offshore plateau, schools of smaller fish, but also mackerel and barracudas can be observed at leisure.

Diving on Inland Lake (Gozo): A tunnel connects a shallow inland lake in Dweijra on the west coast of Gozo with the open sea. At the end of the tunnel, the open water is lured by colourfully overgrown cliffs that drop to greater depths. The outer steep face impresses with its scenery and usually excellent visibility. Blue Hole & The Chimney (Gozo): A chimney-like shaft leads from the open sea with a unique scenery from five to 18 metres deep and ends inside the Blue Hole, which is also connected to the sea and the neighbouring steep face by an overhanging archway. A huge cavern with splendid vegetation attracts visitors here.

Diving in the Coral Cave (Gozo): An absolute must even for less experienced divers. The cave is very extensive and is a great refuge for many species of fish. This dive spot can also be easily combined with the neighbouring Blue Hole and The Chimney.

Diving at Lighthouse Point (Comino): Topspot in front of the mini island Comino. From the shallow area, a cave is dived, which is colorfully overgrown and full of microorganisms. At the end in 18 meters a steep wall and rocks in the open water are reached, which form up to 30 meters grottos and canyons. You can see tuna fish, schools of mackerel and some barracudas.

Want to dive in Malta?