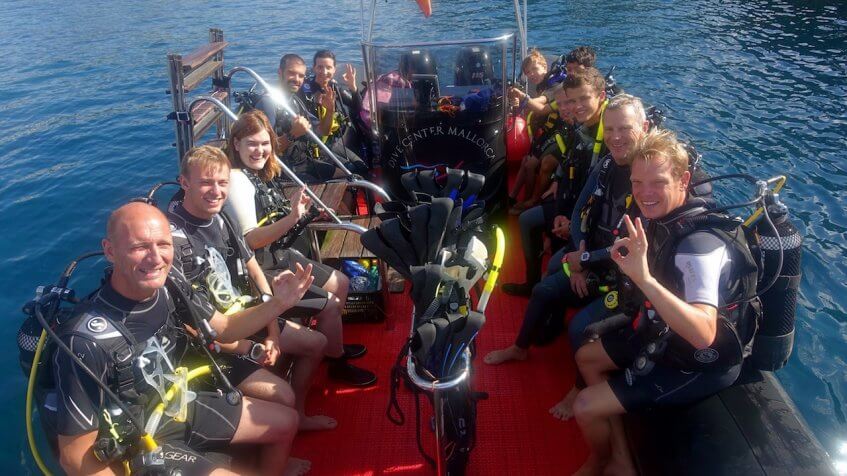 The fourth day contained the confined water training three and four.
The course started as usual at 9am as usual with setting up the equipment. After only 4 days Maria was already able to set up her gear without any help or hints, which made her obviously happy. 🙂 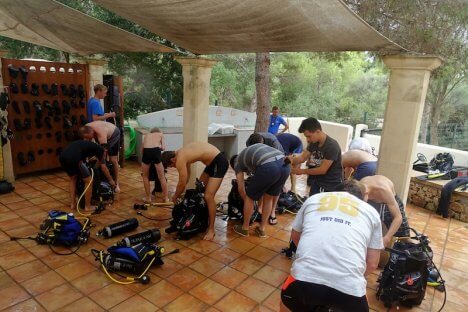 They entered the water of the bay after a briefing by Léon and the buddy check. Because of some rain there were few people in the water. Which was, of course great, for the group.
Before they practised something new there were the usual regulator, mask and buoyancy skills. Because the water in the bay is deeper than the pool, they were now able to train the out-of-air situation followed by an actual ascent. One of the divers in a buddy team had to tell the other one that he/she was out of air. After that the buddy provided his/her octopus. Finally they both ascended under the supervision of the instructor. At the surface the diver who was out of air had to inflate the jacket orally. Usually you would use the inflator button to do so, but without any air left in your tank you only have the manual opportunity.
At the end of the dive everybody tried to push or tow his/her buddy on the surface to simulate a “tired diver situation”.

The last dive in the bay was scheduled for the afternoon. The main focus was on practicing buoyancy and “plain” diving now, as Léon wanted to prepare everybody as well as possible for the first open water dive on the very next day. So first the groups started diving one buddy team after another. 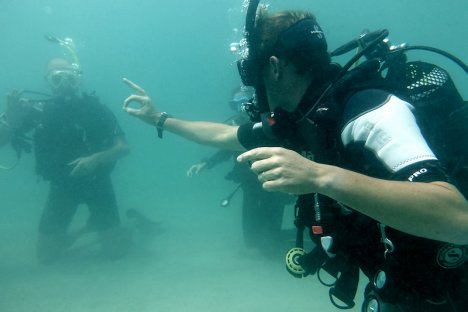 By using hand signals the instructors kept reminding them to keep their hands still and to lay straight in the water “like a shark and not a seahorse”, as Léon liked to call it. 🙂 At the end of the dive they did two kinds of emergency ascents, before they returned to the dive center. Writing the Logbook together was, as always, the last thing of the day. 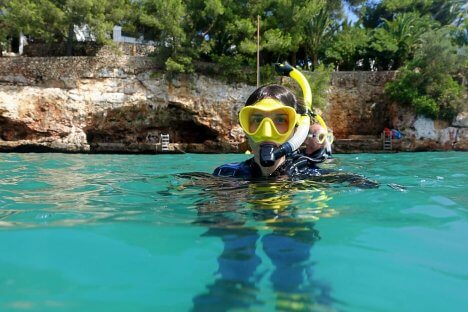 The big day! Maria didn’t sleep much
before her last day of the course.
There were two groups of open water divers on the boat with Captain Armin. After a short boat ride the students arrived at the so-called “Great Reef”. As the name already says the dive site is a huge kind of underwater mountain stretching from 5 down to 30 meters. 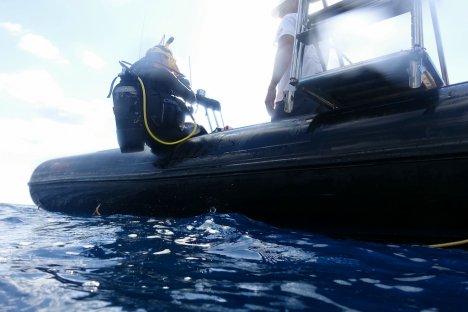 How to enter the water by rolling backwards from the boat was explained to everybody. Léon went first and they all met at a big red buoy in front of the boat. By using the chain of the anchor the group was able to descend as slowly as they wanted. 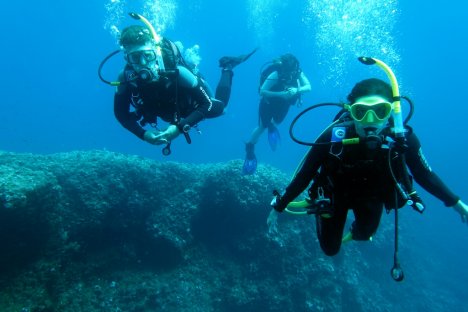 On their way down the two instructors asked them if everything was alright to make sure there weren’t any problems with equalising. Both groups visibly enjoyed their first open water dive. The conditions were great and there was plenty to see. A moray eel, some sea stars, barracudas and a huge school of silver shining sardines were the highlights. 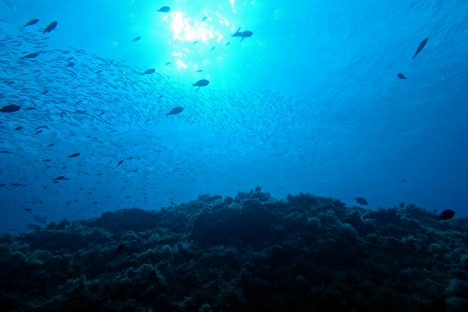 Pleasure before business. 😉
To finally receive your open water licence there are 50 multiple choice questions waiting for you to be answered at the end of the course. A maximum of 10 mistakes is allowed to pass. What sounds hard, actually isn’t. Well prepared during several theory classes, everyone in the group made it without having to do the “B-Exam” because of too many mistakes.

We would like to take this opportunity to thank Léon and the Dive Center Mallorca again for the insights and a great week! We can definitely confirm their positive profile reviews. See you soon and take care! 🙂 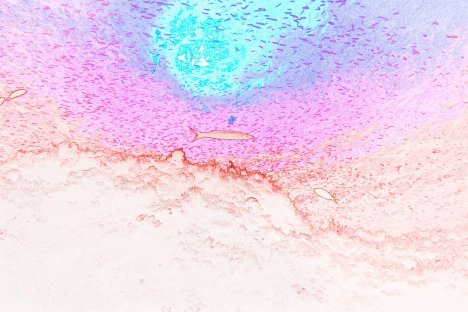