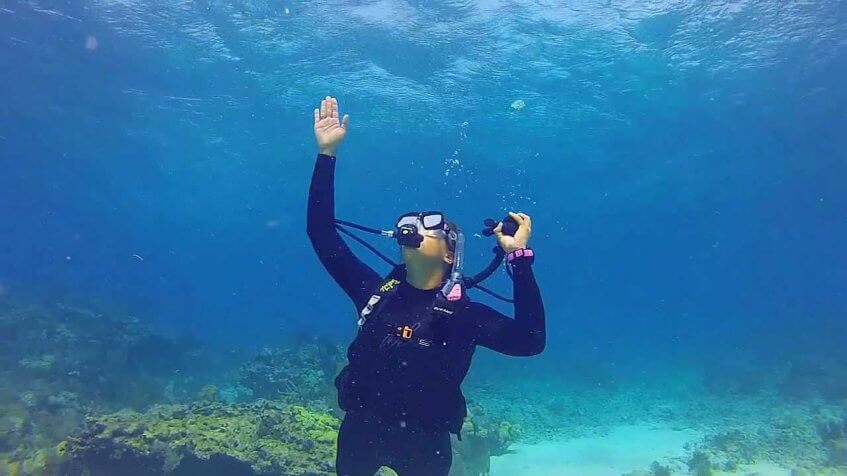 When an accident happens under water or your regulator fails, you must get back to surface quickly and safely. In order to do so, you should arrange for an emergency ascent. Your diving instructor will show you how to proceed exactly during your beginners’ diving course.

What should I keep in mind during an emergency ascent?

In this situation there are usually two mistakes that you should absolutely avoid:

The right thing to do here is a controlled ascent. Thereby, you proceed as follows:

Take it easy after an emergency ascent and observe your body precisely. If symptoms (e.g. itching, dizziness, pain, breathing difficulties) arise up to 48 hours after your ascent, consult a doctor immediately.