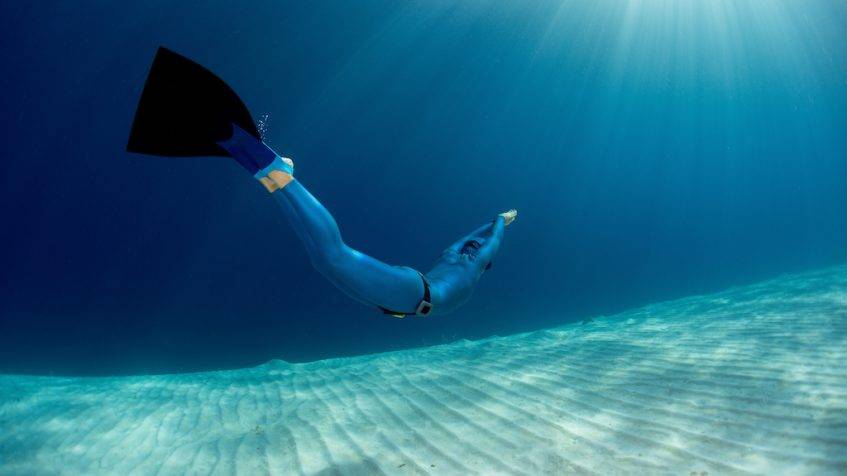 It makes some to mermen and others to mermaids: a Monofin. Human locomotion can hardly appear more whale-like. The feet share a large-scale fin and with dolphin-like and undulating movements of the whole body, a person glides rhythmically, elegantly and powerfully through water. Do not watch any YouTube Videos at all. Dangerous! Just watching is addictive to these aesthetics.

Facts about the monofin

Swimming style with a monofin

A dolphin like whole body swimming technique, producing extremely powerful propulsion via the vertically articulated monofin. An undulating movement begins in the torso which is as hydro-dynamically aligned as possible (arms thrust out, hands interlinked, head in alignment with the upper arms) and spreads in the direction of the hips (maximum amplitude). The legs hardly bend, in order to transport the movement into the monofin as efficiently as possible while conserving energy. Even with slow or small oscillating movements of this fin type, divers can generate an enormous boost. This saves power reserves, which is advantageous for instance in a state requiring holding one’s breath (e.g. during Freediving).