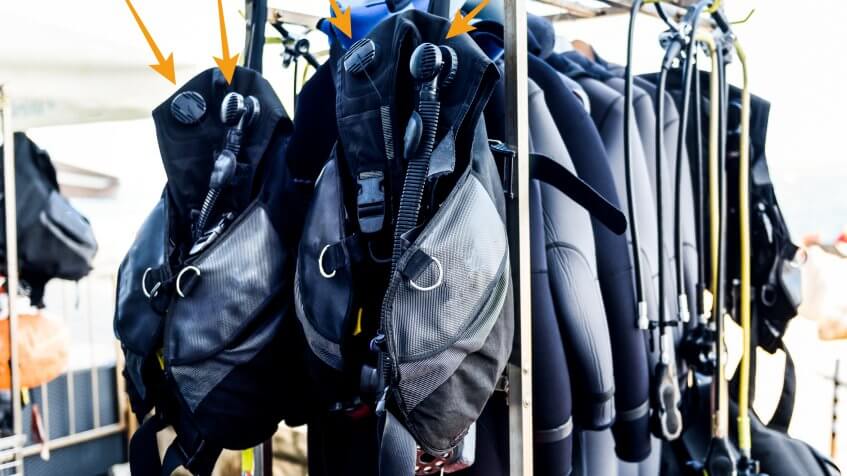 All compensation means, as for example your buoyancy compensation jacket, are equipped with a so-called quick exhaust valve. Thus in case of emergency you can let out the air more quickly from the buoyancy object.

When do I need the quick exhaust valve?

Such an emergence case can be the loss of your weight belt for instance. If you did not exhaust your buoyancy jacket in such a case, you could ascend faster than you want. Thus the risk of a barotrauma or decompression sickness rises.

How do I operate the valve?

Familiarise yourself with its operation before you descend. Mostly there is a type of release cord attached to the buoyancy compensation jacket. Usually it has several such valves, namely two at the top, at the front, and one under, at the back.